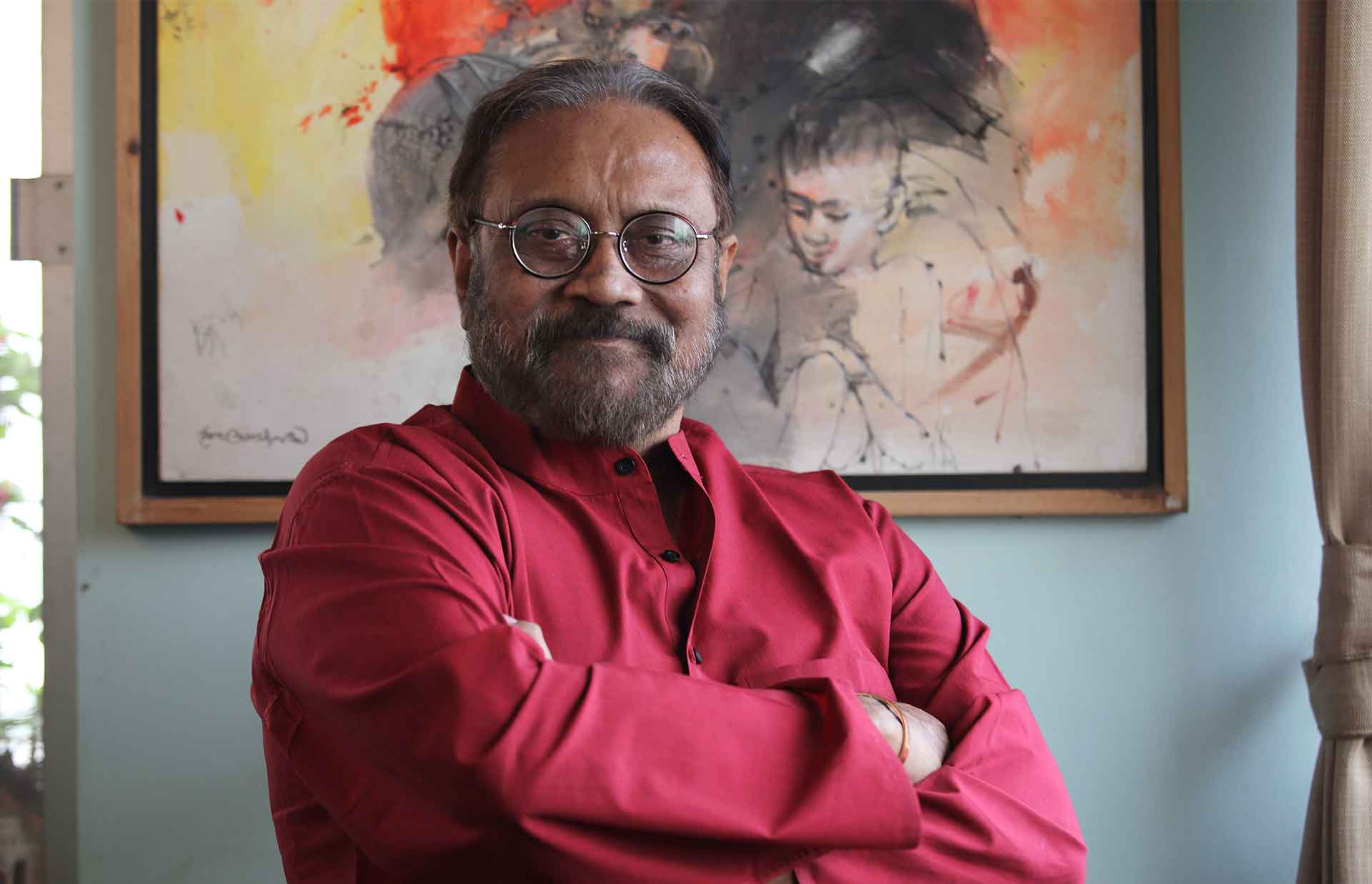 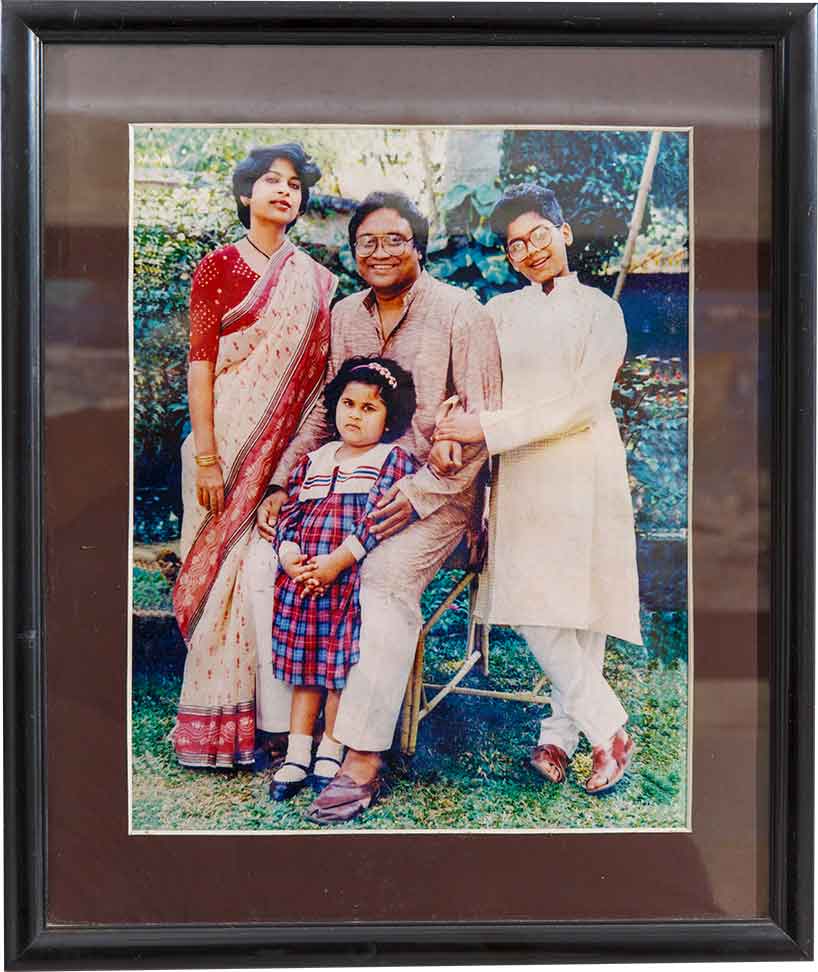 The Man The Lighthouse

Freedom fighter, actor, director, theatre activist, photographer, writer, entrepreneur. During his lifetime, the many roles that Aly Zaker took on were inspired by his two greatest passions-his country, and the arts. These two loves drove him to become what he is today: one of Bangladesh’s most renowned cultural personalities, a lighthouse who touched countless lives with his warmth, shaped many young minds with his brilliance, and left an indelible mark on the country.

Freedom fighter, actor, director, theatre activist, photographer, writer, entrepreneur. During his lifetime, the many roles that Aly Zaker took on were inspired by his two greatest passions-his country, and the arts. These two loves drove him to become what he is today: one of Bangladesh’s most renowned cultural personalities, a lighthouse who touched countless lives with his warmth, shaped many young minds with his brilliance, and left an indelible mark on the country.

A storyteller at heart, the characters he played became immortalised in popular culture, his contributions changed the face of theatre in Bangladesh, and his joint-founding of the country’s only Liberation War museum had a profound impact on how we preserve and retell history. Born in Chittagong, Bangladesh on November 6, 1944, Aly Zaker is the third of four children born to Rezia Taher and Muhammad Taher. He spent his childhood in the various districts of East Pakistan where his father, a bureaucrat, would be posted. These early exposures would instill in him a lifelong love for nature, which manifested in the subjects of his amateur photography. “Photograph what you love” was his motto, and almost his entire body of work consists of depictions of his family and the rural beauty of Bangladesh. In fact, it was this experience of graam Bangla, his travels on its river boats, trains, and horse-carts with his father as a child, that instilled in him an ardent love for his motherland, and lit the spark of his artistic temperament. 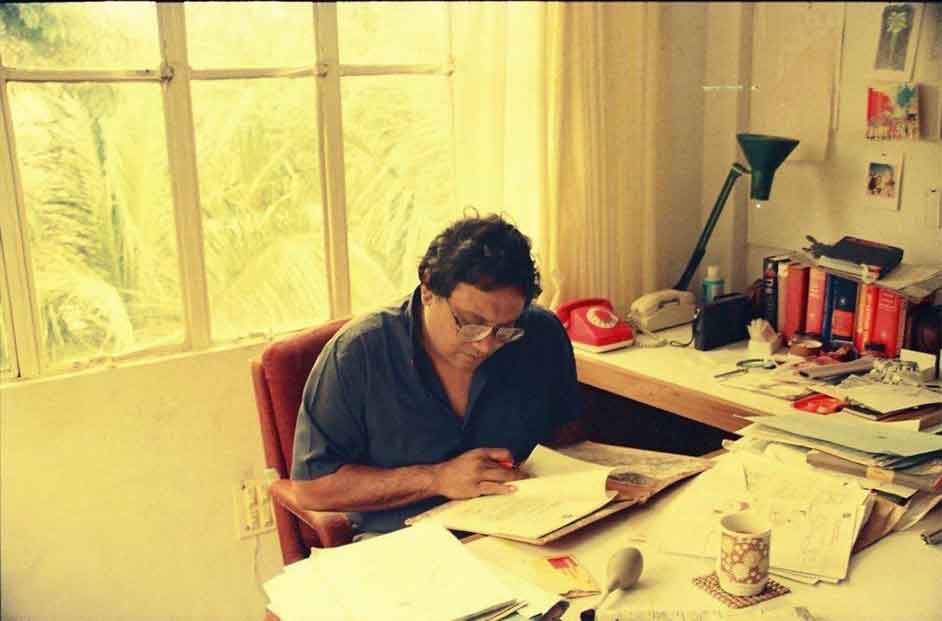 However, that spark did not burst into flame until the turmoil of 1971. When the Liberation War began, he joined Shadhin Bangla Betar Kendra, the underground radio station that operated as the voice of the Bangladeshi, then East Pakistani, resistance. Aly Zaker played a crucial role in the war efforts by leading the radio’s English language programme, which was a key instrument in dispelling Pakistani propaganda regarding the independence movement, earning him and his colleagues the title of Shobdo Shoinik, word soldiers. This was his first foray into the world of creativity, a world that he would ultimately shape and make his own.

Before the Liberation War, Aly Zaker had completed his studies in sociology in 1965 from the University of Dhaka. He started his career in advertising with WS Crawfords Limited in Karachi in 1967, after which he joined East Asiatic Advertising Limited in East Pakistan in 1968. Once the war ended, he decided to return to his old profession. In 1972, Asiatic MCL began its journey in independent Bangladesh with only eight employees. Under his leadership as Chairman, the company eventually blossomed into Asiatic 3Sixty, the largest communication conglomerate in Bangladesh. Throughout his career at the helm of Asiatic, he laid the groundwork for best practices in the country’s advertising industry, acting as a guide and mentor for many future industry leaders.

But although his bread and butter lay in advertising, Aly Zaker’s heart belonged to theatre. He started his illustrious career on stage with Munier Chowdhury’s Kobor in 1972 with the theatre group Aranyak, before becoming a key member of Nagorik Natya Sampradaya. It was under his guardianship that Nagorik staged the first ever ticketed play in Bangladesh–Badal Sarker’s Baki Itihash, which he directed—and introduced the culture of performing ticketed shows on a regular basis by booking eight Sundays in a row at the British Council. Nagorik went on to put on some of Bangladesh’s most iconic plays, and in almost all of them, Aly Zaker’s signature was present, whether as actor, director, or writer, translator. 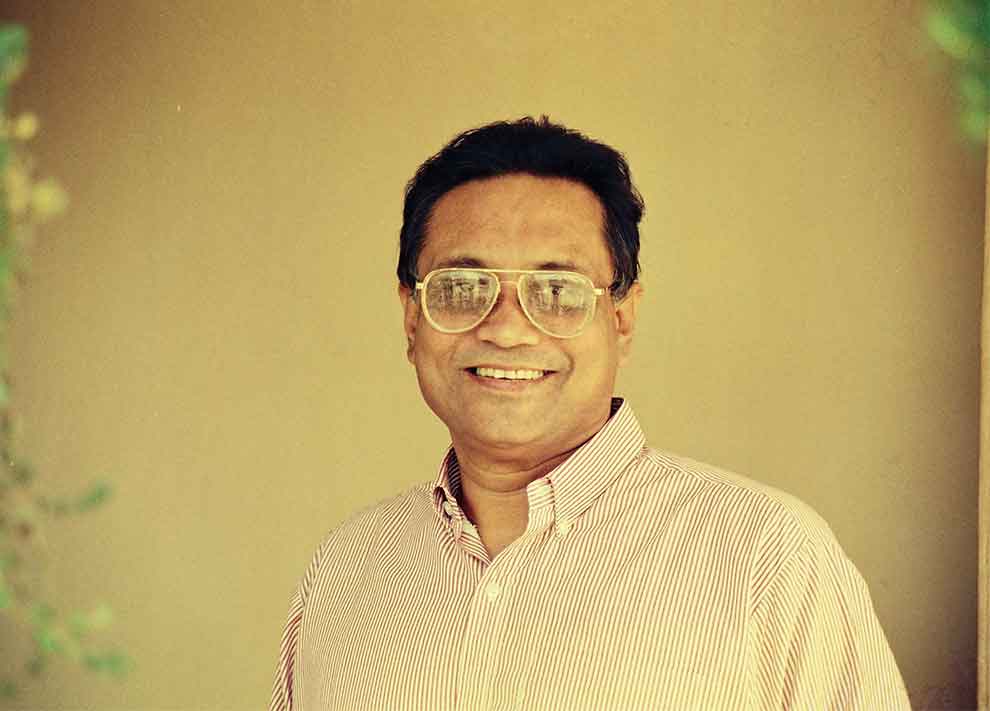 Through his and his peers’ collective efforts, theatre in Bangladesh flourished at a time when free speech faced huge impediments. Aly Zaker was a central figure in bringing the works of European greats, such as William Shakespeare, Bertol Brecht, Anton Chekov and Moliere, to local audiences, while also performing the works of the most distinguished Bengali playwrights, such as Rabindranath Tagore, Michael Madhusudhan Dutta and Syed Shamsul Haque. For him, these performances were much more than a creative endeavour, they were an attempt to ignite intellectual exchanges in increasingly closed public spaces, a form of cultural resistance in the face of the political oppression of the military junta ruling Bangladesh in the 80s. Whether it was Shakespeare’s Macbeth, Carl Zuckmayer’s Captain of Kopenick, or Syed Shamsul Haque’s Nuruldiner Sharajibon, all his endeavours were aimed at encouraging a freedom of thought and conscience which was in short supply at the time.

The theatre movement in Bangladesh, which Aly Zaker’s relentless efforts and leadership helped trigger, became much bigger than the artists and enthusiasts it attracted it became a symbol of the freedom-loving ideals that the anti-military protests of that time were built on. In 1990, Zaker became part of the sea of protestors who took to the streets to raise their voices during the anti-Ershad movement. This mass uprising, where cultural activists had a key part to play, culminated in the toppling of the country’s military dictatorship. 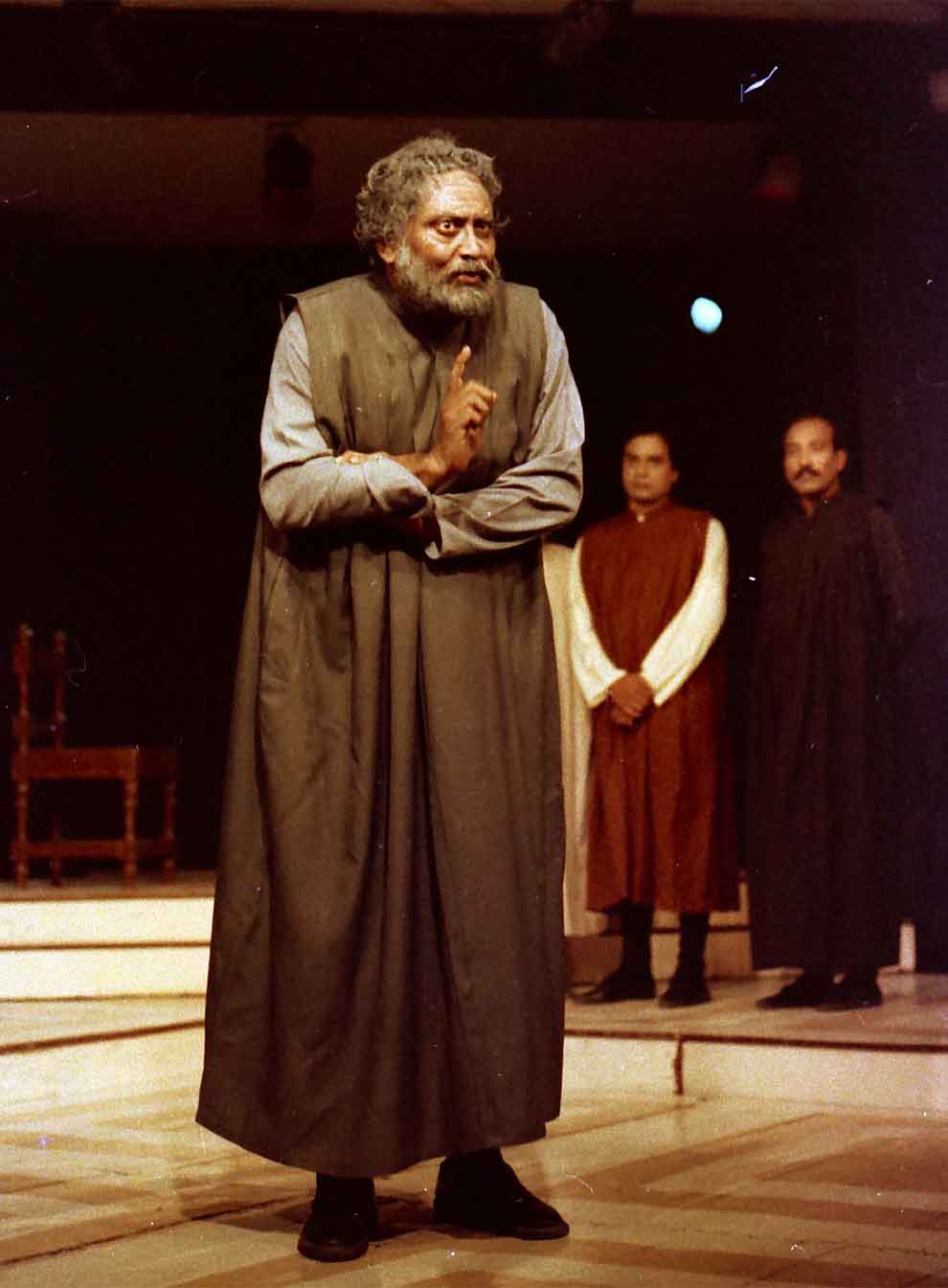 Yet, even in this new era of democracy, ultra-nationalist forces with a tendency to distort history for the purpose of political manoeuvring continued to exist. Aly Zaker was deeply concerned about this, and was intent on bringing the stories of the Liberation War–and the secular, progressive ideology that the independence movement was inspired by–to the future generations of Bangladesh. As a result, he, along with seven others, Dr Sarwar Ali, Rabiul Hossain, Asaduzzaman Noor, Ziauddin Tariq Ali, Mofidul Haque, Akku Chowdhury and Sara Zaker took the initiative to establish the Liberation War Museum LWM, dedicated to preserving the history of the emergence of Bangladesh. The eight trustees painstakingly built what became a non-partisan, “people’s museum”. Run purely through public donations, it is now widely acknowledged as the definitive authority of Liberation War history in the country.

While Aly Zaker’s achievements cut across various sectors and touched people from different backgrounds, the advent of primetime television dramas brought him even closer to the Bangladeshi public. Some of his most beloved characters were created during this period, and his performances in shows like Bohubrihi and Aj Robibar catapulted him into stardom. Despite his commitments as the chairman of Asiatic, Aly Zaker continued to appear in acting-directing roles, on screen and on stage, and cemented his fame as one of the most accomplished thespians of his time.

Throughout his life, Aly Zaker held fast to the belief that cultural expression is the beacon that lights the way to progressive thought, and ultimately leads to a just, liberal and inclusive society. This was made apparent in everything he did, including the numerous columns he wrote in daily newspapers, where he spoke out against prejudice and extremism of all kinds. This steadfast belief spurred him on to choose Brecht’s The Life of Galileo as his theatrical swan-song a play with an overarching theme of the pursuit of truth in the face of religious dogmatism and abuse of power. In 2018, two years into his battle with cancer, he appeared on stage for the final time.

Aly Zaker left this world on November 27, 2020, his journey ending in the last stages of cancer. For his contributions to the arts, he was awarded the prestigious Ekushey Padak in 1999, the second highest civilian award in Bangladesh. He left behind his family his children Sriya Sharbojoya and Iresh Zaker, and his life partner for 45 years, Sara Zaker and a legacy that will live on long after he is gone. 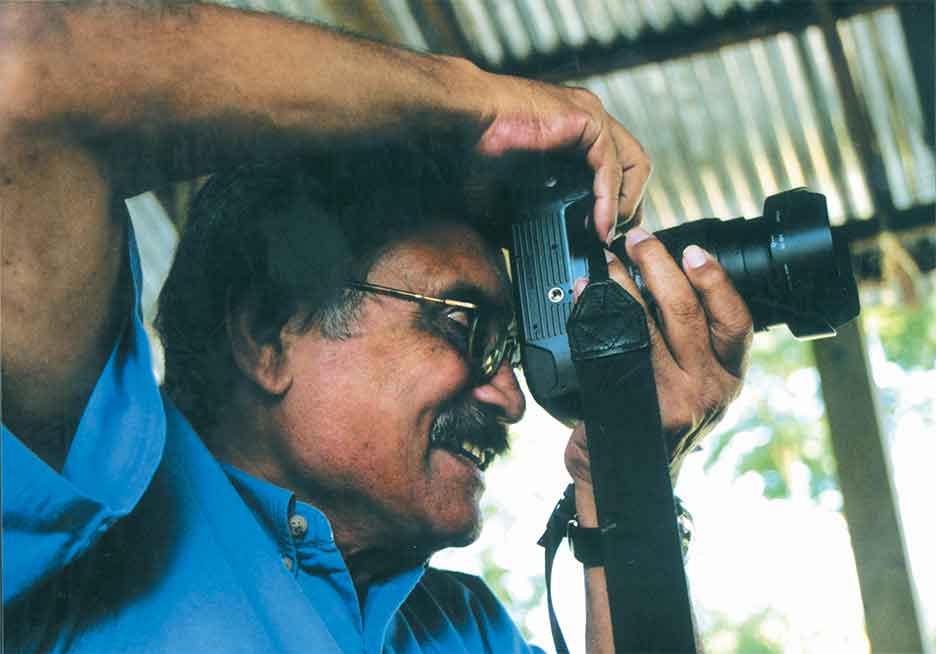